Are You An Amateur Professional? 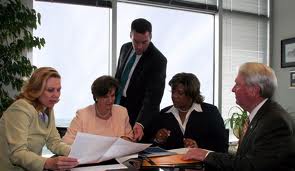 What do you think the difference is between a professional and an amateur? I remember when Tiger Woods started to gain National attention as a junior amateur player. His talent and skill was evident, but at that time what had not yet come to light was his back story.

What’s a back story? The back story is the story behind the story. It’s the story of what makes the obvious story what it is.

So what was Tiger’s back story? The story of what he did to develop his talent (because we know that you can have plenty of talent, but that does not mean it automatically translates into success).

Here are a few things I read over the years that make up his back story. Tiger got up early, at 6:00 and in that developed amazing discipline around getting to the practice range early. Apparently, over the years, starting at a young age, he watched hours and hours of film of the masters who’d gone before him studying all the nuances of their individual mastery. He also, due to his mother’s influence, included meditation in his training regime; a not so conventional element in typical western golf training.

What’s true about Tiger is that before he became an official professional, he was an extraordinary amateur. That, I believe is due to the critical elements of his back story.

I think in order to be a highly competent manager; you have to see it as a profession. So the question is, are you an amateur or a professional? Here are the definitions of both, taken from Webster’s:

Profession: a calling requiring specialized knowledge and often long and intensive academic preparation: a principal calling, vocation, or employment: the whole body of persons engaged in a calling

Amateur: one who engages in a pursuit, study, science, or sport as a pastime rather than as a profession : one lacking in experience and competence in an art or science

So, where do you fit?...where do you want to fit? One thing for sure, those definitions set apart one from the other and I bet in your work environment, you can tell who has taken on the role of professional and who has decided to remain an amateur.

I don’t believe many managers set out consciously to be amateurs, but exhibit that by not consciously taking responsibility for their own learning and development. I call that “purposed incompetency.”

Final question: if you were to poll members of your team or even your direct report in terms of how they see you in this regard, what do you think they would say?

But more importantly….what do you say, how do you feel and see yourself in the position in which you’ve chosen to work? And if you happen to be in the amateur status, what will you do to change that?