Editors Notes: I curated this article because it speaks so perfectly to the title of this blog. It's candid and real. Enjoy! JoAnn

Busy But Happy Tip: Knowing what you do want as well as what you don't want is equally as valuable!


Peter Bregman is a strategic advisor to CEOs and their leadership teams. 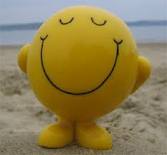 Two Lists You Should Look at Every Morning

I was late for my meeting with the CEO of a technology company and I was emailing him from my iPhone as I walked onto the elevator in his company's office building. I stayed focused on the screen as I rode to the sixth floor. I was still typing with my thumbs when the elevator doors opened and I walked out without looking up. Then I heard a voice behind me, "Wrong floor." I looked back at the man who was holding the door open for me to get back in; it was the CEO, a big smile on his face. He had been in the elevator with me the whole time. "Busted," he said.

The world is moving fast and it's only getting faster. So much technology. So much information. So much to understand, to think about, to react to. A friend of mine recently took a new job as the head of learning and development at a mid-sized investment bank. When she came to work her first day on the job she turned on her computer, logged in with the password they had given her, and found 385 messages already waiting for her.

So we try to speed up to match the pace of the action around us. We stay up until 3 am trying to answer all our emails. We twitter, we facebook, and we link-in. We scan news websites wanting to make sure we stay up to date on the latest updates. And we salivate each time we hear the beep or vibration of a new text message.

But that's a mistake. The speed with which information hurtles towards us is unavoidable (and it's getting worse). But trying to catch it all is counterproductive. The faster the waves come, the more deliberately we need to navigate. Otherwise we'll get tossed around like so many particles of sand, scattered to oblivion. Never before has it been so important to be grounded and intentional and to know what's important.

It's hard to do because maybe, just maybe, that next piece of information will be the key to our success. But our success actually hinges on the opposite: on our willingness to risk missing some information. Because trying to focus on it all is a risk in itself. We'll exhaust ourselves. We'll get confused, nervous, and irritable. And we'll miss the CEO standing next to us in the elevator.

A study of car accidents by the Virginia Tech Transportation Institute put cameras in cars to see what happens right before an accident. They found that in 80% of crashes the driver was distracted during the three seconds preceding the incident. In other words, they lost focus — dialed their cell phones, changed the station on the radio, took a bite of a sandwich, maybe checked a text — and didn't notice that something changed in the world around them. Then they crashed.

The world is changing fast and if we don't stay focused on the road ahead, resisting the distractions that, while tempting, are, well, distracting, then we increase the chances of a crash.

Now is a good time to pause, prioritize, and focus. Make two lists: (This is a great thought for the theme "busy but happy.")


List 1: Your Focus List (the road ahead) What are you trying to achieve? What makes you happy? What's important to you? Design your time around those things. Because time is your one limited resource and no matter how hard you try you can't work 25/8.

List 2: Your Ignore List (the distractions)
To succeed in using your time wisely, you have to ask the equally important but often avoided complementary questions: what are you willing not to achieve? What doesn't make you happy? What's not important to you? What gets in the way?

Some people already have the first list. Very few have the second. But given how easily we get distracted and how many distractions we have these days, the second is more important than ever. The leaders who will continue to thrive in the future know the answers to these questions and each time there's a demand on their attention they ask whether it will further their focus or dilute it. (Key - being clear on what you don't want is equally as important as what you do want!) This is a great tip - Tweet it!

Tweet: Being clear on what you don't want is equally as important as what you do want! #productivity #success @joanncorley http://ctt.ec/K29d6+

Which means you shouldn't create these lists once and then put them in a drawer. These two lists are your map for each day. Review them each morning, along with your calendar, and ask: what's the plan for today? Where will I spend my time? How will it further my focus? How might I get distracted? Then find the courage to follow through, make choices, and maybe disappoint a few people.

After the CEO busted me in the elevator, he told me about the meeting he had just come from. It was a gathering of all the finalists, of which he was one, for the title of Entrepreneur of the Year. This was an important meeting for him — as it was for everyone who aspired to the title (the judges were all in attendance) — and before he entered he had made two explicit decisions: 1. To focus on the meeting itself and 2. Not to check his BlackBerry.

What amazed him was that he was the only one not glued to a mobile device. Were all the other CEOs not interested in the title? Were their businesses so dependent on them that they couldn't be away for one hour? Is either of those a smart thing to communicate to the judges?

There was only one thing that was most important in that hour and there was only one CEO whose behavior reflected that importance, who knew where to focus and what to ignore. Whether or not he eventually wins the title, he's already winning the game.

Editor's note: The original version of this post didn't include a link to the study about car accidents. Here it is.

Check out the release: Organizational Strategies for the Overwhelmed - how to manage your time, space, & priorities, to work smart, get results & be happy -  Kindle - The Book - Nook - Audio Book -  The Seminar


Additionally on Kindle:
Declutter Your Life From The Inside Out
Your Life Through the Lens of Time - The Interview
Want to get coaching via an app?  Currently in beta test - The 1% Edge Portable Coach - it's free - click here to learn more: http://www.the1percentedgeapp.com/p/the-app-explained.html

This blog is based on this book. In it are actionable ideas on being a better manager: The 1% Edge - The Workbook - Power Strategies to Increase Your Management Effectiveness